The large makeshift rink in Baker Park is bustling with kids and parents having fun on a pleasant Saturday afternoon. There are multiple, informal hockey games going on at the same time on the two halves of the rink. It’s an idyllic Canadian scene, and a reminder that Cranbrook B.C. is a hockey town. 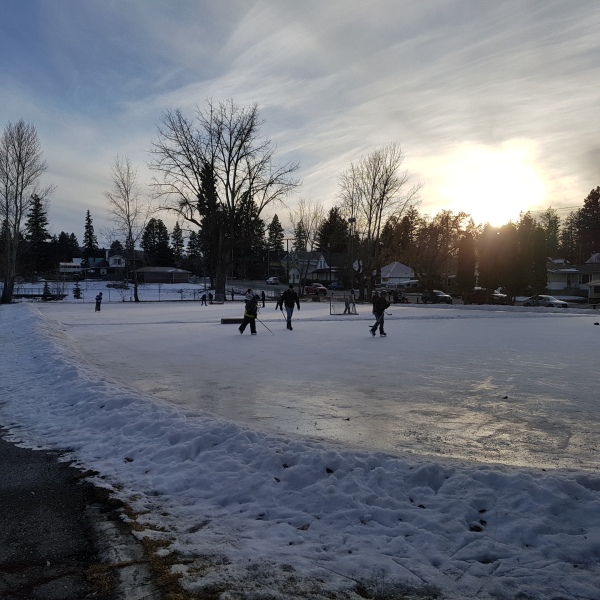 For 20 years the Kootenay Ice have called Cranbrook home. The WHL team won the Memorial Cup in 2002 but are struggling on the ice this season and have been struggling financially for a while. Ownership of the team recently changed to a Winnipeg-based group, and there are now rumours that the team may relocate to Winnipeg. Some say, in fact, that it’s a sure thing.

The Ice are a focal point of Cranbrook. Aside from the Key City Theater performing arts centre, there is not much competition in terms of evening entertainment options. Most of the competition comes from outdoor activities like snowmobiling, mountain biking and downhill skiing (both the Kimberley and Fernie ski hills are a short drive away.) But Cranbrook is a small market — with a population of 19,000 is it one of the smaller WHL cities — and it’s a blue collar town. A walk through residential areas of Cranbrook gives a distinct impression that there is not a great deal of disposable income to be spent among many of the residents.

The result is that Cranbrook also has the lowest attendance in the WHL. On an average night, 2,200 paying customers barely fill half of the 4,262 seat Western Financial Place arena.

Maybe WHL hockey in Cranbrook is not a good fit, but is Winnipeg? There is no question that the Ice could draw more people in Winnipeg, but some of the attendance would come at the expense of other hockey franchises including the Manitoba Moose. Even if the net gain in hockey attendance is greater than what they currently draw in Cranbrook, the impact on the community will not be. The Ice would add just a small ripple to a big hockey pond.

One would think that there is another city out there — one with more people, more money, or both — that is better able to support a WHL team. And not only that, one where it would be more appreciated.

A few hours after I saw families playing hockey at Baker Park, the Ice lost 6-0 to the league leading Vancouver Giants at Western Financial Group arena a few blocks away. The Ice are rebuilding. They are a young team and may once again challenge for the Memorial Cup at some point in the future. Unfortunately for residents of the Kootenay Valley, the team might not call Cranbrook home when they do.