I have never really understood why people align themselves with a political party unless they are in politics. When Citizen Joe defines himself as a Liberal/Conservative/Democrat/Republican, it seems to me that they are limiting themselves — closing their minds to the possibility that another party might be better prepared to lead, and blinding themselves to dysfunction within their chosen party. This is on full display in the U.S. where Republicans are contorting themselves to defend a kleptocratic and corrupt President who does not even represent traditional conservative values.

I may lean a certain way, but all I really ask of my government is to be fiscally responsible and act with some semblance of integrity. When the party I voted for last time begins to get arrogant or irresponsible, I vote for a different brand in the next election.

Look, I’m not naive. I know that money influences politics and that decisions are sometimes made based on careful calculations of votes won or lost instead of merit. However I always maintained this notion that if we elected the right people with the right values, the system could gradually be nudged towards better governance.

There are a lot of different things a person can take away from this whole SNC-Lavalin affair, but for me it reinforced just how fucked our system is. Here we have one person — one Minister — who tried to act with integrity and do the right thing despite the political implications, and the whole damn thing broke. I have come to realize that there is no place for integrity in Ottawa because integrity is like a hollow-core bullet: one simple decision by Jody Wilson-Raybould to act on principle blasted a near-fatal hole in the beast, spilling all the ugly money stuff and cynical political nonsense all over the ground. 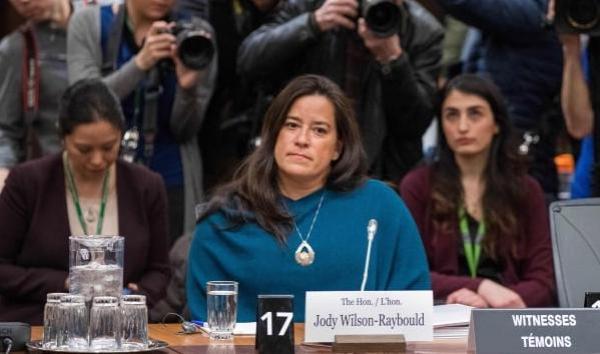 The political operatives are running around trying to sew up the wound, but if anyone had the idea that Trudeau was going to clean up Ottawa (despite previous broken promises and ethical near-misses) this episode ought to put that to rest.

I have no confidence that Andrew Scheer’s Conservatives will be any better. Scheer is a product of this same political beast. He has been immersed in federal politics his whole adult life and he’s given every indication as opposition leader that integrity is just as poisonous to him as it is to Trudeau — most recently berating Trudeau in front of TV cameras for refusing to answer questions even though Trudeau was not present to answer them.

All of which leaves us in a very depressing situation. A federal election is looming, and as it stands right now, neither of the two feasible governing parties appear to meet even the minimal standard I set in the second paragraph above.* Those who are aligned with one party or the other will dutifully put their X next to the appropriate candidate, but the rest of us face a grim decision.

* and neither has a credible climate change plan; the Conservatives having no plan whatsoever.