In my previous blog post (here) I did my best to explain why I thought it was important to open up Winnipeg’s “iconic” Portage and Main intersection. Portage and Main, the only square that Manitoba has ever had on the Canadian Monopoly board, is in reality a blight on downtown Winnipeg and an impediment to it’s growth. A new poll shows that it is likely to remain that way.

The Probe Research Poll (here) shows that a full 2/3rds of Winnipeggers oppose tearing down the barriers and allowing pedestrian access, largely on the basis of expectations of traffic delays that seem to be out of line with the projections in the Dillon Consulting Study on the project. Nevertheless, the writing is on the wall. 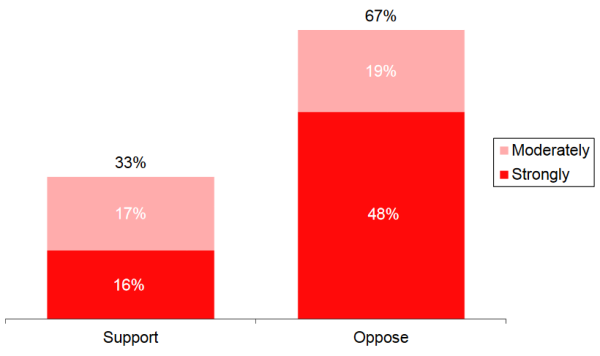 How will this affect the election?

There are numerous, important and pressing issues impacting the city, including a growing infrastructure deficit, crime, transit woes, and so on. Yet opening Portage and Main was the single biggest differentiator between Mayor Bowman and his main competitor, Jenny Motkoluk. Bowman knocked the wind out of that issue when he decided to put it to a referendum and vowed to abide by the results. With the latest poll results, the fate of the intersection seems to be a foregone conclusion.

There are a few other issues that might pull people to the polls to vote for Jenny — her opposition to rapid transit for example — but she was a long shot to begin with, and with one of her key issues now really a non-issue it is likely that the personable Bowman will cruise to an easy victory.

It is likely, therefore, that turnout for the civic election will be low. How low? I don’t know, but quite low. Perhaps depressingly low. The kind of low that makes you wonder if democracy is broken. This might benefit those like me who want the barriers at Portage and Main taken down. The only chance of swinging a “yes” result in the referendum is if people stay home and #TeamOpen turns out to the polls in big numbers. This requires that #TeamOpen voters are more engaged than everyone else, which I am not sure is the case, but it is possible.

It is still a slim chance, and a lot can happen between now and election day, but the results showing that people overwhelmingly want the intersection closed might actually be good news for those who want it open.