The morning of Sunday, Oct 21 was crisp and clear at The Meadows at East St.Paul Golf Course. Around 10 AM, shortly after the frost on the fairways melted, golfers wearing toques began teeing up for what would likely be their last round at one of Winnipeg’s best public golf courses.

When the course first opened about 10 years ago, it gave Winnipeg golfers something that was difficult to find: a public championship-level golf course. At 6801 yards from the back tees, The Meadows is one of the longest public courses in the Winnipeg area, and the large smooth-rolling greens were some of the best in the province. Tall fescue grasses and numerous fairway bunkers challenged golfers to keep the ball straight in the absence of trees or water on most holes. For many golfers, The Meadows, tucked just off the NE corner of Winnipeg’s Perimeter Highway and Highway 59, was a far better golf experience than anything available inside the Perimeter. 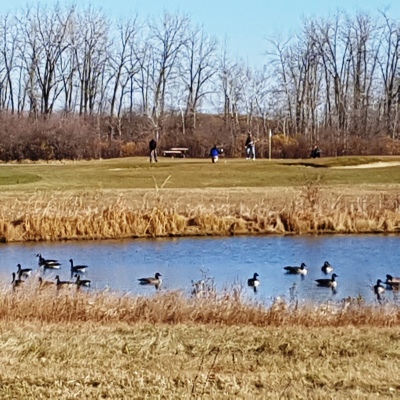 The golf course had a bit of an identity problem, however. It was designed in a links-style: mostly treeless with the fescue and the big greens, but it wasn’t as bold and contoured as links-style courses should be, like Dakota Dunes south of Saskatoon or King’s Walk outside of Grand Forks. Golfers were unlikely to go out of their way to travel to The Meadows for an authentic British Open experience. Meanwhile, many casual local golfers complained about the difficulty of playing out of the fescue. To appease these golfers, management cut the tall grasses making the course more playable, but in the process causing it to lose much of its character.

The ‘dumbing-down’ of the course turned off some golfers, while private courses inside the city (some owned and subsidized by the city of Winnipeg itself) began cutting membership fees to rebuild their dwindling numbers. While the course was often busy, it always seemed to me that it struggled to find its place in the challenging Winnipeg golf market.

The nail in the coffin might have been highway construction — at least if you ask Oliver, the clubhouse manager at The Meadows. “The last few years have been really rough because of that construction. People don’t want to come out here and have to drive through that.”

Oliver was talking about the construction of a long-overdue overpass at the junction of the Perimeter and Hwy 59 — a project that has been in progress since 2015. Not only has the construction been disruptive to traffic, but it included re-routing the access road to the golf course which likely wasn’t helpful.

The highway interchange soon might not be the only thing under construction in the area. There are plans to turn the golf course into a residential development. 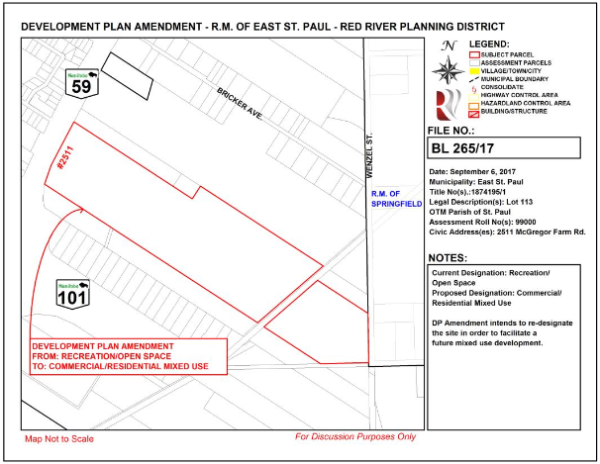 There is a whole lot of fuss any time a proposal is made to develop a City of Winnipeg owned golf course (including John Blumberg Golf Course which is farther from Portage and Main than The Meadows), yet just outside of city limits a 165 acre golf course is quietly being torn out and replaced by a development that will no doubt be a sprawling low-density suburb.

If you want to get out for one last round at The Meadows, there still might be time. The projected last day of operations is Sunday, Oct 28 (weather permitting). They are blowing out late-season tee-times at $30/per including cart. That’s a heck of a deal.